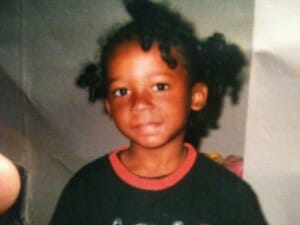 Max is only 7, but he is, as his mother says, going on “30.” When I spent a few hours with his family, I realized that he is very bright and this fact, mixed with the difficult circumstances of his young life has given him a seriousness way beyond his years. He is slight of build, so his adult sentence structure and vocabulary are disarming, at first. His mother told me that he jumped up and down with excitement when he first heard about her plan to refer him to Long Island Youth Mentoring, so I expected an exuberant welcome. Instead, he was polite and very shy. He answered each question very slowly and thoughtfully and I asked additional questions about his answers hoping that he would know that what he was saying was important to me. He started to warm up and then asked me if I wanted to see his collection of favorite things. I sensed at the invitation, that I was being accepted and privileged, and I was touched. He opened the small lidded box slowly, almost reverently, and introduced me to his treasures one by one. Among them was a small toy airplane, a rock shining with mica, and a souvenir from an outing with his parents. I listened raptly as he told me how he had acquired each item and pointed out their other distinguishing characteristics. Then suddenly he looked up at me, directly into my eyes and said, “My daddy died.”

When she called to refer her son for a mentor, Max’s mother told me that only last May her forty-two-year-old husband died suddenly in his sleep. She was grateful that Max had miraculously slept through the police and coroner and didn’t have that memory to deal with.

While I was trying to interview Max, his very energetic little sister kept interrupting and showing me things too. Max patiently waited, sometimes in mid-sentence, while his mother tried to distract her. His older sister, who is nine, is profoundly retarded, partially blind, and cannot speak. He also waited patiently while she too interrupted, and attention was diverted to her. She kept pulling at me to get off the couch to join her on the floor and then when her mother intervened, she sat down herself and wildly rocked back and forth laughing.

Max’s mother told me that he is lonely and has few friends. She was encouraged when he brought a classmate home with him after school one day, but then after the friend made fun of his disabled sister, she heard Max tell the boy to go home. His mother said she recognizes that it would have been easier for Max to join in the teasing since his sister causes him a lot of inconveniences. Sending the boy home may have jeopardized his “social standing” at school, but he did the right thing anyway. His Mom said she is both proud of him, but sad for him. She knows how it feels to be lonely, and told me that she would like a friend too. She said that while they are a Jewish family, she is not religious, and she did not mind that LIYM is a Christian mentoring program. She said Max demonstrates faith in God. She was not sure what influenced him.

Max and his mom are just 2 of over 100 who wait for a Christian to befriend them. Ask the Lord of the Harvest to send workers onto this mission field. Perhaps He will send you. If so, please call us at 631-242-5101 or contact us at this address.