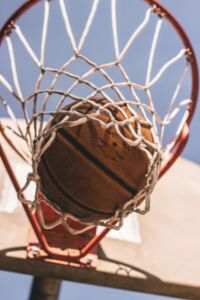 Last night we called Bob*, one of our long term mentors. He has been matched to Jared* for seven years and has watched Jared grow from a little boy of 10 to a young man at 17. Jared’s dad is not in his life and he is being raised by a single mom, who works hard to support him and to keep him on the straight and narrow. Therefore, Bob has been the main male role model for Jared as he navigated the teen years. He learned from Bob to treat his mom with respect even if he disagrees with her, and to do well in school. Bob encouraged him and cheered him on as he played on school sports teams and showed him the importance of not only staying physically fit but spiritually strong. Bob urged him to get a job and save his money. He took him to his road test and comforted when he failed the first time but also let him know he had what it takes and to try again. Bob was there the second time as well to high five Jared as he passed. Bob congratulated him when Jared purchased his first car with the money he had earned working at the local grocery store. 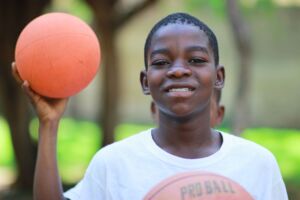 Bob and Jared also spent time doing fun things together like going out to eat, talking and shooting hoops. One of their favorite memories is when they took a day trip together to watch a professional NBA basketball game.

When the Covid lockdown happened, like most matches, they took a few months off but stayed in touch by phone and texts and once things opened up, they went back to their dinners and playing ball outside.

Jared is currently on the high school varsity basketball team, something he is very proud of. Usually, pre-Covid, Bob attended all of Jared’s games, rooting him on as well as lending a sympathetic ear if he had a bad game. Now in the Covid era, spectators are not allowed in the stands, but Bob shared with me that Jared faithfully sends him the link to watch online. Bob faithfully watches. It sounds like something so simple but it speaks volumes to the deep value Jared places on his relationship with his mentor, in that he intentionally makes sure he is still there, if only virtually. I know Bob will be there waving goodbye when Jared goes off to college. I also know Jared will text him every week and tell him about his basketball triumphs and woes. I know Bob will be at Jared’s college graduation, at his wedding, at the birth of his first child.