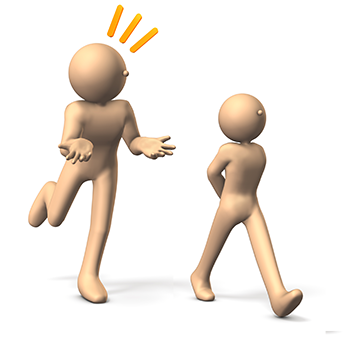 At our mentor training and orientation, we encourage prospective mentors to “decide now to be the pursuer in your mentoring friendship.” This was important because it can help avoid frustration later as well as cement the mindset that if God has called them to this. He will help them to continue in it even if things get difficult.

Richie* had already done his share of pursuing over the “first three years of his LIYM match to 8-year-old Tarik*. In fact, Tarik’s family had moved 19 times since they had been matched! But Richie, ever the pursuer, would always find him.

After the 19th move, it took Richie over three weeks to locate the family with the help of his LIYM area director. As usual, they had no phone so Richie would just show up and hope Tarik was home. The “first afternoon Richie pulled up to the tiny, ramshackle white cottage, at a shelter out east that has since been shut down, unsure if he was even at the correct one, the door burst open and Tarik ran to the car yelling, “I knew you would find me! I KNEW you would find me!” A similar scene would be repeated at least 21 more times as Tarik’s family moved over 40 times in the many years that he and Richie were matched. Both agree that they will be friends for life.

Why was Tarik so confident that Richie would find him? Besides the fact that he always had, Richie had shown Tarik unconditional love; a love that pointed back to God’s unconditional love for us sinners in need of grace. So often, that is all a mentor needs to do. We call it, “praying up and showing up” no matter what.

It would have been so easy for Richie to become frustrated at the family’s seeming lack of interest in Tarik’s match continuing. Indeed he did get frustrated many times but he always took encouragement in God’s promises such as, “Let us not lose heart in doing good, for in due time we will reap if we do not grow weary.” Galatians 6:9 He also knew that this is what God had called him to do and he was not going to give up!

The story above is true (as are all the stories in this toolbox) and the example of Richie in this story is emblematic of so many of our mentors. We are so thankful for each and everyone who not only answered the call but who continues to pursue their mentee week in and week out, trusting that the Lord has called them to it and that if they are obedient to that call, that He will be faithful to work in and through them to bring about change in the child’s life, possibly for all eternity.