I’d be Blind Not To See God’s Plan in My Life! 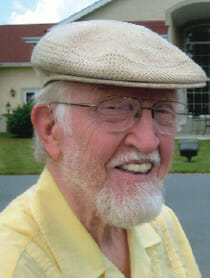 My Father is a pastor. In 1975, He had accepted an invitation to be the dean of students for a private Christian prep school. He was thrilled with the prospect of a new and very different challenge. But before the moving van was packed, but after the church said its warm good-bye, the school had some form of difficulty and removed the job offer. Therefore, my father was not only deeply disappointed, he was unemployed. It was a very low point in my Dad’s life.

The job search ended in Lancaster California where he because the senior pastor of a great church.  I was a freshman in college. That summer I went to my new home in Lancaster for a vacation. It was there that I was quite taken by the beautiful church pianist who was a senior in high school.  A couple of years of friendship with Kay turned into courtship and later marriage. I had never connected the dots until I recently was talking to my dad about that difficult time of unemployment. My kids were in the room. You would not believe the look on their faces as we suddenly realized that if that school had not removed the job offer, they would not be here.

In 1978, after receiving his MBA, my brother David was working for a small and rapidly growing software company in the Seattle area — yes, it was Microsoft. The owner called him (guess who) to let him go. He quickly landed a job with Exxon in Houston Texas. As he was preparing for the move, David’s wife Vivian was given the news that she had cervical cancer that needed to be removed as soon as possible. They chose to postpone the treatments until they settled in Texas. A few days later, they were at a specialist’s office in Texas who said; “I do not know anything about cancer, but I do know that you are pregnant.” The ‘cancer’ that was to be removed by the Seattle doctor is named Gregory. He recently graduated from UCLA with a double major, married, and moved to Japan to spend his first year of marriage teaching English. God works all things together for good for those who love Him and are called according to His name.

As we celebrate the 25th anniversary of this ministry we have looked at our history. There were countless events that happened, that from our earthly eyes, were absolutely necessary precursors to the start of this ministry.  I will share just one of those events as told by Warren Christie, who is writing our history.

The movement of Christian youth rallies that started in the thirties expanded further with the millions of soldiers and sailors encamped in cities around the country. In 1944 many of the Church and Christian youth leaders who were leading independent youth rallies and clubs met at Lake Winona, Indiana for an annual Bible conference. There these men prayerfully deliberated how to best coordinate this evangelical effort to young people.  They agreed to cooperate in this great movement of the Spirit. Later that year, at in meeting in Detroit, Torrey Johnson, a Chicago area Pastor was elected Chairman of a temporary organization to oversee the work. Torrey had been the organizer of the Chicago Youth Jubilees ably aided by many including a dynamic, recent Wheaton graduate and Chicago radio evangelist, Billy Graham. (A complete copy of Warren Christie’s work can be found at LIYouthmentoring.com.)

Little did anyone who was at that meeting, dream that this would be the birth of Youth for Christ which has contributed to or birthed countless other ministries like Dr. Graham’s ministry and even Long Island Youth Mentoring.  It was just one meeting. ‘Anyone can count the seeds in an apple, but only God can count the apples in a seed.’

One day Ed came home from church and told his wife he had signed up to be a mentor to a fatherless boy. Fifteen years later, that boy is a policeman keeping order in the aftermath of 9-11. He is also a sixth grade Sunday school teacher and now a mentor to a boy with a story very much like his own. 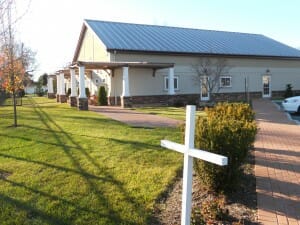 It was just a decision made at church. He volunteered to get together with a boy for two hours a week.

What God will do with that pebble of faith that was thrown obediently into the pool of the will of God will reverberate for generations and onto eternity.

Brothers and sisters in Christ, many of you have responded to my request to sponsor one of the 300 children who are currently matched to a Christian adult here on Long Island. To the date of this letter, 56 children have been sponsored. This leaves a need for 244 kids. I have received many wonderful letters of support. One family decided to make this a family effort, with the children working around the neighborhood to raise the money to sponsor a child who has not been blessed with two parents as they have. This creative act really touched me. They are sending in $40 per month.

These gifts, given in obedience are enabling us to expand the ministry to reach many new young men and women. If you have not given to this effort, please prayerfully consider sending $480 or committing to $40/month for the next year. I have had a couple of friends write to tell me that they are unable to make this commitment. I understand this as Kay and I have to make decisions where to give as God leads.

Please know that we rest only in the very capable hands of Almighty God. The God who can use a lost job to enable me to meet my Kay and to be blessed with our three children, and who blessed my brother with his firstborn, is quite capable to lead and provide for this ministry that He loves so much. Our question is only to know His call of what we should do, whether seemingly large or small, and to know that the Lord of the universe has chosen to bless us by enabling us to be apart of His blessing work.

It costs $480 a year to pay for the training and support that keeps one mentor on this mission field for one year.