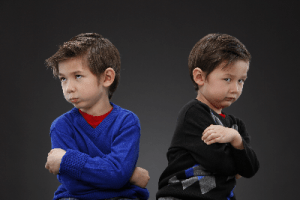 Hal*, the mentor, had just picked up Jason*, his 19-year-old mentee, from the group home. Hal was aware that Jason had been giving the staff a very difficult time doing his chores and carrying out his other basic responsibilities in the home as required. So, on the way to grab a bite to eat, Hal decided to broach the topic.

Hal inquired, as he always did, how things were going since they met the prior week. Jason gave his standard answer of, “Fine.” But from Jason’s tone and countenance, it was obvious that all was not fine. Hal gently probed in an attempt to move the conversation but the more he did the more agitated Jason became. Hal asked specifically if there was something wrong between THEM to which Jason replied with a heavy sigh that there was not.

Hal stated he was aware that not everything was going well at the home but that if Jason would not speak to him about it, he could not help. Jason just sighed again, more animated this time, and looked out the car window saying nothing. As they made the turn into the parking lot of the place they were going to eat, Hal asked Jason why he didn’t want to talk about it to which Jason replied in anger, still not making eye contact with Hal, “Sometimes people just don’t want to talk about things and other people should just leave them alone!” No other word was spoken until they parked, ordered, and received their food and had begun to eat (roughly 15 minutes.)

Hal initiated the conversation again and quietly told Jason that the only reason he pushes these types of conversations at times is that he wants to help. Jason replied that he did not need any help and wanted to be left alone. Hal told him he respected that and that he would leave Jason alone, but could he say one more thing before they dropped it completely to which Jason consented. Hal then explained that when one of his own sons is upset about something, he wants to help them too if he can, but at the same time, he respects their need to work things out for themselves and wants to give them the room to do so. Jason asked what he meant by that and Hal explained that it would be much easier for him to ignore the fact that Jason was obviously upset, have lunch, keep it light and then drop him back off at home. However, because he cares he was willing to enter into the conflict in the hope that he could help and that they could talk it out together and find a resolution. Because that’s what friends do.

Hal thought he saw the light bulb go off in Jason’s head as he turned to face him directly for the first time since he’d picked him up and he could even see the corners of Jason’s mouth begin to curl upwards rather than holding the scowl he’d had for the past half hour. Jason apologized for being grouchy and their remaining time together was very constructive but only after he realized yet again that his mentor really did care for him and did not have an agenda—he just wanted to be there for him.

Some of the ensuing conversations were delicately pointing out that when living in a home, whether in a traditional home or in his situation, a group home, everyone must pull their own weight or the home will not run efficiently. In talking through the dynamics of one to one relationships and how people need to be responsible for themselves but also responsible towards one another. Jason was able to see how his actions and inaction were affecting the home. Hal was also able to help him see that if he did not change his ways, that they were going to ask him to leave and that they would be right in doing so. This very difficult conversation was received very well as it was rooted in a trusting relationship built over time. This example speaks both to life preparation and being responsible for oneself, as well as perception and the fact that even if we prefer navel-gazing and seeing ourselves as the center of our own universe, others are affected by what we do and we need to own up to our own responsibilities without blaming others. When a person is caught up in the cycle of blaming others, sometimes it needs to be pointed out to them so they can see it clearly.