I have heard it said that being a father is hereditary. If your father has no children, there is a very good chance that you will have no children.  I have also heard it said that hurt people, hurt people.  The first statement is a joke, but the latter is not.  When we have a wound from our dad because of how he treated us or because he was absent, we often unintentionally pass that hurt along to our children.

I went into the Nassau County Jail every Thursday for two years to work with a group of teenage boys. A week before Mother’s day, we brought in one hundred Mother’s day cards. The young men were excited. They each took a card and retreated to whatever private space they could create in this large cinderblock room.  It was amazingly quiet as these orange clad boys invested their creative hearts in these cards. “How do you spell wonderful?” “How do you spell special?”

A week before Father’s day we brought the same number of cards. The response could not have been more different. One card out of one hundred was taken.  The boys started telling stories with faces distorted in bitterness.

85% of boys in jail come from homes without a dad.  Most of us who have a “father” wound, are not in jail.  So what is the best Father’s day gift?  Forgiveness!

I can hear the chorus of internal objections to my last statement. “You don’t know what he did!” “He does not deserve to be forgiven!” “He needs to ask me for forgiveness.” “I don’t even know my father.” 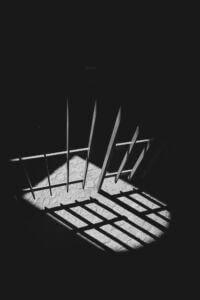 Forgiveness is a gift that is activated in our lives when we give it away.  It opens the door to our wounded hearts, allowing the only totally good Father to touch and heal. Then it frees us to truly love, without stirring up the silt of pain that is so easily planted in the next generation.

Yes, the greatest Father’s day gift you can give to your dad is to forgive him for his imperfections. Then you can turn that gift into a family legacy, by turning to your children and asking them to forgive you for your imperfections. What a gift!