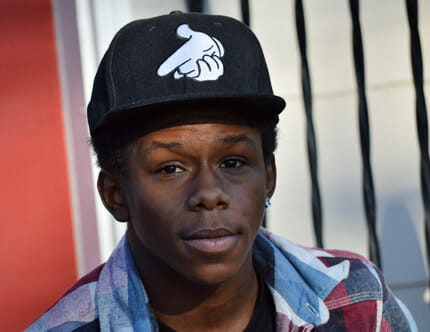 Relationships are God’s highways to Healing

The answer to the problems that are caused by fatherlessness is not found by passing a law or passing out more checks. A problem that is caused by the loss of a primary relationship – e.g. a missing Dad — must be addressed and solved, by the establishment of new, positive personal relationships. Governments can do some things well, but creating warm personal relationships is not one of them. Creating loving personal relationships and wholeness where there is brokenness is a fundamental calling for the Church of Jesus Christ.

The solution is also not found in attaching blame to a single mom who is already struggling and in most cases, doing the very best she can do. The solution is found in supporting those single moms and grandmothers by attaching a mentor to each of these precious children.

But the problem is so big. What can the little group of people that meets under the steeple on Main St. do to fight this fast-growing cultural cancer?

The Army of Hope (The Church)

16 million men and women served in the US military during WW II. It was the introduction of this force that turned the tide in the fight against the freedom of killing cancer of Hitler’s Germany and Imperialistic Japan. On any Sunday morning, there are between 50 and 100,000,000 people attending Christian Churches in America.

We first must recognize the reality of the growing problem and what this can mean to our nation. Then we need to wake up that sleeping giant called the Church. The Church is more than the pretty white building in the middle of town where people get married, baptized, and eulogized. The Church is the body of Christ, and the answer to this cultural cancer called fatherlessness.

Why Should I Spend Two Hours a Week Mentoring a Child? 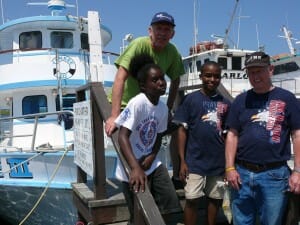 Paul challenges us in 2 Timothy 3-4 to: Join with me in suffering, like a good soldier of Christ Jesus. No one serving as a soldier gets entangled in civilian affairs, but rather tries to please his commanding officer.

Salt not only brought flavor to food, but it was also the only preserving agent. We are that preserving force that is to permeate society to keep it from going bad.

When society is going bad; when children are suffering from a hopeless life perspective, ours is not to give an annual turkey followed by a Christmas present. Health, hope, and direction is delivered within the context of relationship.

Long Island Youth Mentoring is here to connect troubled fatherless and orphaned children to the hope and direction that is found in a relationship with a Christian mentor.

You Make a Difference

Mentoring is the only methodology that consistently, and reliably, helps troubled youth negotiate the dark hallways of fatherlessness and ushers them into the light of productive citizenship. When a Christian commits to mentoring a child, he commits to spending two to four hours with his assigned youth each week for a minimum of one year. 83% stay on for the second year, and over 70% see the third year through to its completion.

Statistics do give us an aerial view of the impact of mentoring. But we have found that when a mentor prays up and then shows up faithfully each week, the Spirit of God shows up and a life is often changed for eternity. The stories of these individual miracles are contained in this web site and are regularly shared in our blog. Prayerfully consider God’s call to the Long Island mission field of the fatherless and the orphan. You can mentor or give. Let God lead you.