HAVING A MIND FOR THE POOR

Because Having a Heart has Not Worked 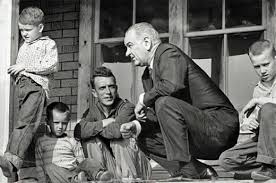 After 50 years and over 22 trillion dollars, we have settled into fighting the war on poverty without a thought to what our goal is. Is our goal to move the poor from dependence to self-sufficiency like President Johnson said when war was declared? Or, have we settled into a defeatist position where we legislate with the non-verbal assumption that the poor cannot do for themselves.

We need to rethink this war on poverty. What does winning look like? What do we assume about the poor? How do these assumptions influence our actions and how do our actions impact the poor? Any program; any form of support will cause motivation that either puts pressure on the person to seek self-sufficiency or a pressure to settle into behavior that sustains or increases the level of support. We must think through and constantly evaluate each and every action. When we are waging the war on poverty we must make sure that every action provides the motivation that encourages the poor to move from dependence to productivity.

Do Our Efforts Lead the Poor Toward Work, or Do They Create a Family Business of Poverty?

We have to stop assuming the poor can’t, because the poor must if the poor is to move out of poverty. Our actions have been fraught with unintended consequences. Our heart has been right. Our minds have not been focused on the goal. Our current policies seem to infer that the poor are too stupid and too incompetent to do for themselves. However, the poor have shown themselves to be quite intelligent. Just as a business person must navigate the current market conditions and government requirements in order to succeed, the poor have navigated a complicated government bureaucracy in order to maximize their support.

We are now speaking of a generation of people who have never seen an adult get up and go to work in the morning. After generations of institutionalized dependence, the vision and goal of getting a job have given way to doing whatever needs to be done in order to extract as much from the government as possible. Work, on the books, gets in the way of success in the family business of poverty. A physical or emotional disability means more money and therefore, golden labels of dysfunction, not health or jobs, are pursued. We need to stop using antidotes as fodder for legislation. We need to ensure that any support that is provided is done as a short term bridge that leads to a beachhead of self-sufficiency.

Long Island Youth Mentoring decided to have a Mother’s Day brunch for the mothers of the fatherless children that we mentor. We broke out the linen table cloths and china to make it very nice. We had a speaker address the women. She had been a single mom on welfare but is now well employed.  At the end of her talk, one woman raised her hand and commented: ‘I know I can get a job. But when I figure in clothes, child care, and transportation, I am making just 50 cents an hour more than I can make sitting home on welfare. I am not going to work for 50 cents an hour.’ Our speaker’s reply stunned every woman in the room. ‘You are not going to work for 50 cents an hour. You are going to work to set an example for your children.’ This woman went to work and doubled her income in 18 months.

Wars are not without sad stories. Change is not painless. The move from poverty to prosperity will require work and delayed gratification. These are terms and disciplines that are uncommon in poor communities. Many would say that this kind of intervention is not compassionate. However, motivating the poor to exchange dependent poverty for the pride of prosperity is showing compassion. Providing motivation that keeps people poor is not compassion. It is nothing less than maintaining the economic stratification of the plantation. This time the slavery is not imposed on a racial minority with shackles and whips. This time the government and the captives of all races have met at the altar of dependence to sacrifice freedom. We can do better. We must do better. Doing better will require the government to stop motivating dependence. 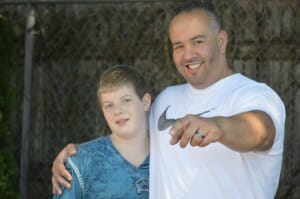 However, it will also require the Church to spend time with the poor, to love the poor, to model a different way. It may sound like a cliché but Jesus really is the WAY. Oh, and the Truth and the Life.