My grandfather was in World War I and then he raised his family through the Great Depression. He made 15 cents an hour pruning trees in Yakima, Washington. He had little time for his son. My father went into the army at age 18, late in World War II. From 1939 until 1943 the US military went from being smaller than Portugal’s army, with 334,000 personnel, to the most powerful military in the world with 9,195,912 in uniform. This exponential growth required discipline. The army did not care what you felt or thought. You did what you were told because that’s an order. This heartless, disciplined training was necessary to grow and to win. The world was at stake. This was a great way to raise an army. However, a generation of men translated this leadership model to raising a family. It has been said that, “Rules without relationship leads to rebellion.” The 60’s was this rebellion. 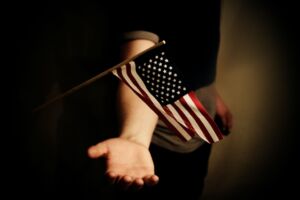 The greatest difficulty I have with the recent loss of my father is that he never knew me. I do know of his love, but he did not take the time to know me. However, I know I was blessed to have him as a model and stabilizing force in my life. I also believe he did the very best he knew how. I have no bitterness, only gratitude. I am guessing that many who read this have some regret concerning how they were raised, but have overcome with God’s help. I am grateful that God lets us call Him our Heavenly Father. He knows me. He heals our wounds and then He even uses our past pain in helping us be effective in healing others.

The impact of a father’s absence is hard to imagine. The studies have been done. The best predictor of crime in a neighborhood is not found in economics or race, but in the percentage of fatherless homes in the neighborhood. Poverty, mental health, education, violence, and incarceration rates are all dramatically impacted by fatherlessness. We have waged war on poverty. However, money cannot fill the emptiness. There is a war going on in our nation. Separating a father from the family is the best weapon that the enemy has to guarantee that the pain of dysfunction will go into the next generation. The best way to heal the wounds left by the absence of a primary relationship is another impactful relationship. After 34 years of working with this problem, Christian mentoring is the best strategy that I know of to build a relationship through which the love and plan of God flows. Please ask God to let you know if He is calling you to spend 2-4 hours a week with a fatherless child. If so, we are here to train and support you in your ministry. The world and eternity are at stake for each child who waits for a mentor. Call us at 631-242-5101, or text “Mentor” to 90407.