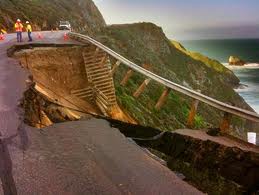 A recent article (April 20, 2014) in the Wall Street Journal began like this:

‘Suppose a scientific conference on cancer prevention never addressed smoking, on the grounds that in a free society you can’t change private behavior, and anyway, maybe the statistical relationships between smoking and cancer are really caused by some other third variable. Wouldn’t some suspect that the scientists who raised these claims were driven by something—ideology, tobacco money—other than science?

Yet in the current discussions about increased inequality, few researchers, fewer reporters, and no one in the executive branch of government directly addresses what seems to be the strongest statistical correlate of inequality in the United States: the rise of single-parent families during the past half-century.’

The article ended with this note: ‘Finally, there is no quick fix. Welfare reform beginning in the mid-1990s offered only modest marriage incentives and has been insufficient to change entrenched cultural practices. The change must come from long-term societal transformation on this subject, led by political, educational, and entertainment elites, similar to the decades-long movements against racism, sexism—and smoking.

But the first step is to acknowledge the problem.’

Mr. Maranto is a professor in the Department of Education Reform at the University of Arkansas, where Mr. Crouch is a researcher.

The discussion about fatherlessness has been put out of polite public discourse. Why? The facts from a plethora of studies have proven that our experiment with a culture lacking the guardrail, called marriage, has been proven to be toxic to children. We know there is a problem so we have turned our attention to schools. ‘We must test the teachers.’  When I was a kid, I told my parents I got a bad grade because I had a bad teacher. They looked at me like I was crazy and told me to go study. I do know that schools can improve and they should work on it. However, if you look at the schools that have mostly intact families, you will find that teachers will look like they are doing a great job. When you look at the schools where the majority of the kids go home to a single parent or guardian, you will find that the teachers are suspect.

I agree with most of the articles that I have extensively cited. However, I do not believe we can wait for the change to be led by political, educational, and entertainment elites. They seem to have abandoned the scientific method as a way to even identify the source of the problem. If we refuse to identify the problem because it is uncomfortable, our solutions are merely an exercise in beating our chest, pretending we are changing the course of the wind.

Long Island Youth Mentoring recruits Christians from churches to be mentors to fatherless children. Our job is to love them and stand in the gap of the absent dad, and to help lead a child in the way he/she should go. They need to know that they have a Father. He is the one who made them and He did so for a purpose. They need to experience His cherishing love, through us, before they will understand the beauty and potential that is handmade; within them.