The Cost of Crossing a Bridge 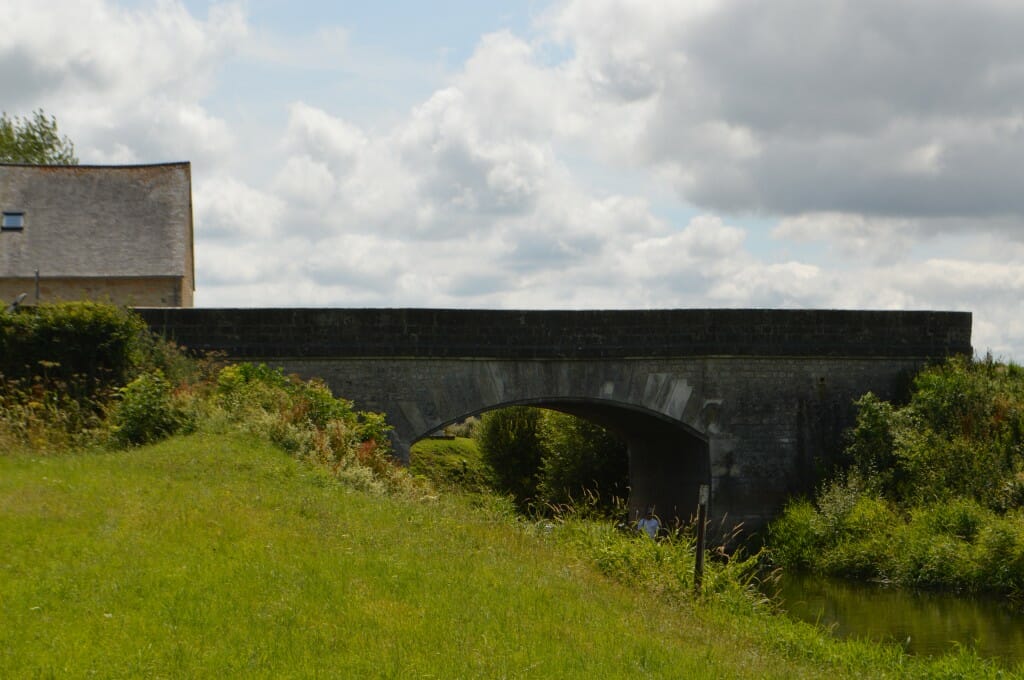 We don’t think much of bridges unless the toll goes up. When it does, we complain and pay it. I hear the cost of the Tappan Zee Bridge will double soon.

This summer I saw a bridge that cost much more. It was the La Fiere Bridge in Normandy France. Why was this bridge so costly? It was 1944. Hitler knew the allies would be invading. The area around the bridge had been flooded by the Germans to keep it from being used as an attack route. But because they flooded the area, this bridge was the only passage through which the German army could send in tanks and troops to repel the D-Day invasion. It was also the route the allies were planning on using, and did use, to secure a deep water port that later enabled us to keep our liberating armies supplied.

This cute, unimpressive bridge is smaller than the ones that cross Northern State Parkway. Yet this little bridge is the bridge that our tanks and troops moved over to liberate Europe from the evil of Hitler. The toll to cross this bridge was paid by 500 men who gave their lives. These 500 bought the road to liberation for Europe.

I have been in ministry to the fatherless and orphan in our country for 28 years and I see another evil that is not as obvious. In 1944, it was evil that conquered from without. It daily flashed across the headlines of the world. But this evil that I speak of, is conquering from within. Hitler used a Blitz Krieg attack. Within days he conquered entire countries. Today’s evil is very different in this regard. It moves slowly and is therefore much harder to even notice. If our nation’s jail population tripled overnight, it would be news. But it has tripled in a generation, and no one seems to notice. 85% of young people in jail come from fatherless homes. This evil does not go into communities and violently takes all the men to work as slave labor in German factories like Hitler did. It does, however, remove the men from families, by not providing a model for appropriate male behavior within a family. I am certainly not excusing individual behavior. I am stating that God designed us to learn how to love, behave, nurture our young, and grow, within a family unit. Fatherlessness is a self-perpetuating evil that is slowly building momentum, angry dependent generation upon angry dependent generation.

I talked to one 18-year-old boy last week. I have known him since he was 13. I have known him through the death of a family member. We have a trusting relationship. He had just come home from the hospital after getting 8 stitches in his neck to close a cut that was the result of an argument with his Aunt.

We sat at a table over hot wings as I showed him pictures of this bridge and told him the story of the 82nd and 101st airborne and how they crossed and secured it. Then I gave him a hat of the 101st airborne; the screaming eagles. This young man loves hats. He quickly took off his red hat and put this on. He was pleased.

Then I said, ‘You are at this same kind of crossroads in your life. You have to decide to take that bridge to liberate the next generation so your children do not have to experience the poverty of dependence and the family violence that is so common around you. It will be painful, but with God’s help, you can be used to change the course of your future family by being the man God intends you to be. You need to decide to pay the price to take that bridge that will free your family. With that, he smiled, grabbed the bill of his new cap, and moved it back and forth as if to straighten it, but also to salute to the thought of that challenge. 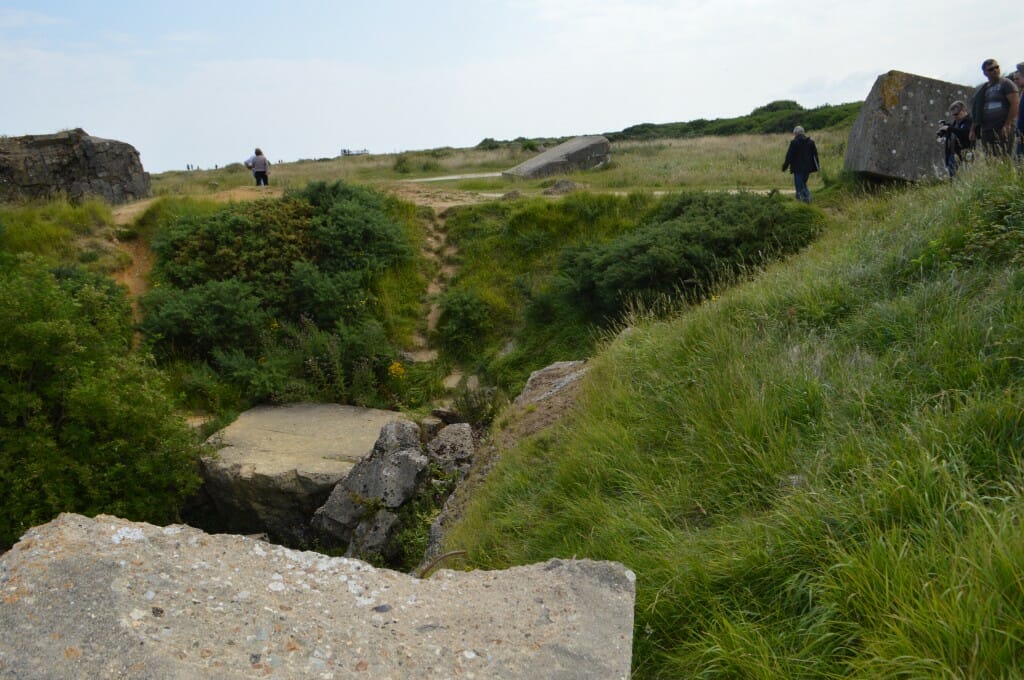 Bunker in Normandy that was blown up from within by the Army Rangers who scaled cliffs hours before the boys stormed the beaches.

Our nation is under siege by the cultural cancer of fatherlessness. The German bunkers that housed the big guns and ammunition in Normandy could not be destroyed from a bomb hitting it from the outside. The rebar reinforced concrete was 6-7 feet thick.  We tried bombing them and the 500lb bombs bounced off. So we sent in the Amy Rangers to scale cliffs to take out the guns that would risk more men on the beaches. They threw explosives in the ammunition bunkers and blew them up from within. Look at the six-foot chunks of reinforced concrete that were thrown 20-30 feet in those explosions. The enemy is trying to take this nation from within.  God has called His church to take that bridge, one child, at a time. Just as destruction takes place slowly, health comes just as slow. We want a Blitz Krieg answer to a problem that has been building for generations. It is not that easy. A problem that is caused by a lost relationship is solved by one that is found. Every child who is reached by Christ is a new pathway to ‘raise up a child in the way he should go’ in the next generation. Every child who is not touched will in most cases follow the path of his or her family legacy; and another dandelion field of dysfunction is white with seed.

What can you do?

Do you have children? They need to see how you cherish them and work the multi-generational pathway that we often call the family legacy.

Do you have a grandchild who is growing up fatherless? There is your mission field. You must take that bridge. That family and that child need your support. You can go through our training and or talk to a member of our staff if you need some help. A mentor would take a year to build the pathway that you already have by virtue of your God-given role.

Do you have a neighbor who is fatherless? I do not know how many boys have told me that they learned that there was a better way to treat a woman by watching the respectful loving way their neighbor treated his wife. One boy said; ‘He came home from work and gave his wife a kiss. I was dumbfounded.’ This is a bridge that can be taken on your block.

Will you call Long Island Youth Mentoring and sign up to be a mentor? There will be a screening and training that you will have to go through. It is a simple process but It is not easy to weekly give up a couple of hours of your agenda for a person who often does not show you that they appreciate what you are doing for them. But war is always very difficult and this war is paid for through daily inconveniences and not bullets.