Jim is a great young man who has been mentored through this ministry since he was 13. He graduated from High School last June. He came to me with a need of $125 that would help him to be prepared to get a full time job. I could have just given it to him. It would have been a good investment. But I told him that I would pick him up the next day at 8am. If he was waiting for me on his front porch, I will take him to a job where he could earn the $125. If he was not there I would keep driving. He was there on his porch ready to work at 8 yesterday morning.

I handed him an egg sandwich and told him ‘the why’ behind the job he was about to do. You see, he was to spend the day cleaning up garbage and cutting the lawn of the house across the street from the ministry center. It is a home that has been empty for years.

What made this lawn cutting different is that it had to first be done with a machete and then a weed whacker. But before that could be done, several black bags of garbage needed to be picked up. Here is how it looked at 830 yesterday morning. 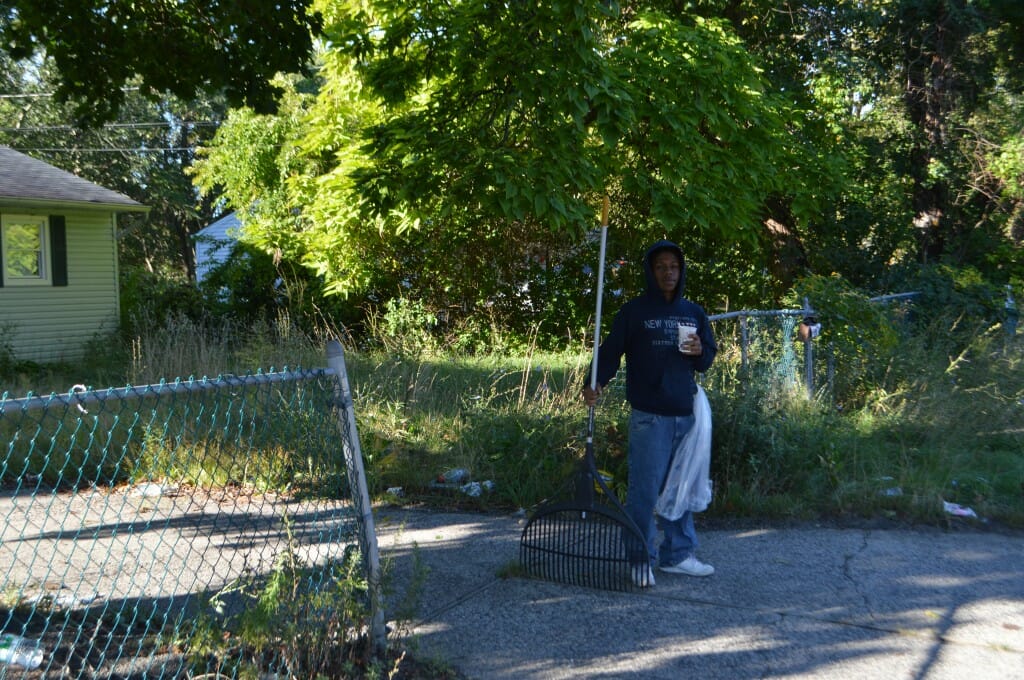 As we drove to work, (right before this picture was taken) I told him about James Q. Wilson’s broken window theory. It is a norm-setting theory of urban renewal. The theory simply states that if a broken window stays broken in a neighborhood, people would be more likely to throw their garbage on the street and then people would stop mowing their yards, crime would follow, and soon the whole neighborhood would go downhill. But the opposite is also true. If you fix a window that has been broken and you pick up the paper on the street, people will start taking pride in their own homes and start mowing their lawns and so on. This is the theory that Mayor Giuliani implemented in order to reduce crime in New York City. I also told him that we all are very much like that house. Our lives are littered with garbage and weeds have been allowed to take root. But the problem is that we cannot clean ourselves up. This is why God sent His son, to clean up our yards, living rooms and even our closets. Then He moves in and leads as we follow. But first we must receive His gift of cleaning and leadership.

Well about then we arrived at the house that is the broken window of this neighborhood. I told Jim that I was going to pay him to clean it up, as an investment in him and in the neighborhood. I also told him that if a neighbor came by to ask what he was doing, he should tell him that he was working to make the neighborhood look better. As he worked, neighbors started stopping by to ask if he was renting the house. When he told them what he was doing, they joined him. At one time he had three men with two lawn mowers and a machete working with him. 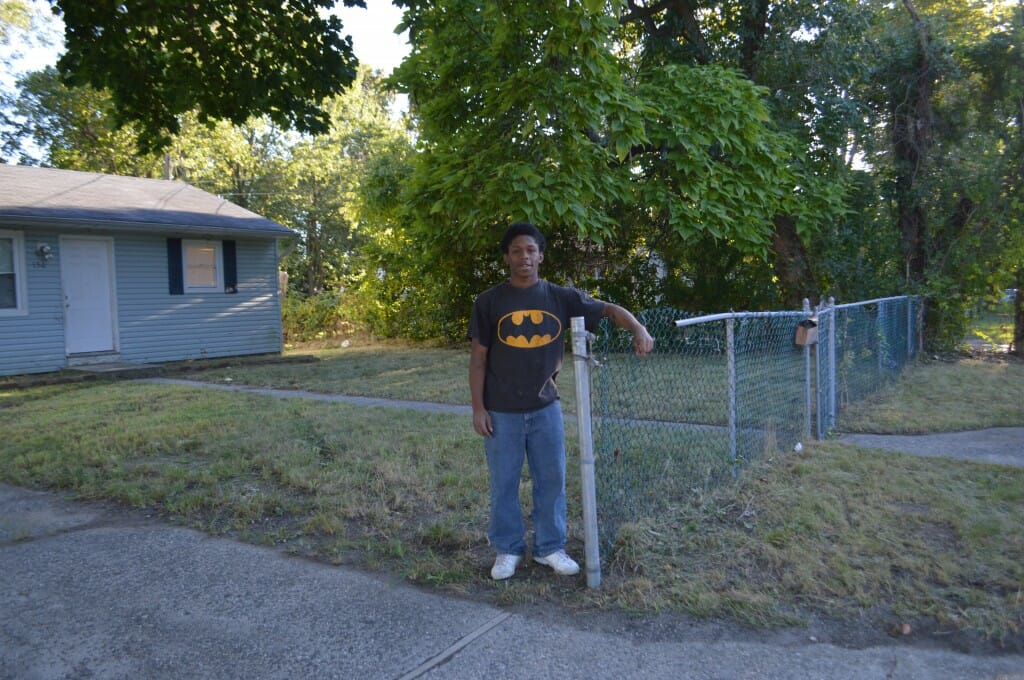 Then at 4:30, a landscaper who lives down the street, came down with a two man crew and helped finish up. It became a neighborhood project.

At the end of the day Jim smiled and said; I see what you mean about that Broken Window Theory.