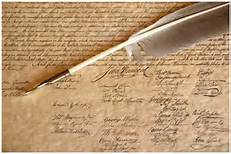 The Declaration of Independence was signed by fifty-six men. In signing this document, they put their lives and their fortunes on the line. Treason was the word the British would use to describe what they did. Many of them lost everything. Thomas Nelson Jr. was one of these men. He was wealthy. He often paid for, or lent the money to buy the munitions that George Washington’s men desperately needed. During the battle of Yorktown, British General Cornwallis took over Nelson’s home as his headquarters. It was not just a move for Cornwallis’s comfort, or to make a symbolic point as to who was in charge. It was a strategic defensive move. The British general knew that that Washington’s men would never open fire on the grand estate of their great friend and benefactor, Thomas Nelson. However Nelson saw the predicament General Washington was in, and how the cannons were not even pointed in the direction of the enemy’s headquarters. Nelson quietly went up to Washington and urged him to open the canon fire on his own home — now Cornwallis new headquarters. Washington did open fire and the home was devastated at a great financial and personal cost to Nelson.

Tyndale is known as the Father of the English Bible. When he translated the bible from the original languages into English, it was against the law to do so. He was eventually burned at the stake for this ‘crime’. Why you may ask. Well, because the Church was afraid that if the common man knew what the Bible actually said, they would lose control over them. So Tyndale went to Germany and translated the scriptures into English. This led to the reformation. The transforming power of God’s Word changed the world. Tyndale’s name is fairly well known today. Less is heard of a man who was equally used by God in getting His word into the hands of His people. A merchant by the name of Henry Monmouth put Tyndale up and supported him while he worked on and completed this world changing Kingdom advancing work. He also used his business to smuggle bibles into England.

History is full of examples of sacrificial giving for the furthering of an ideal or the Kingdom of God. I believe that our creator made us in such a way that we long to be a part of something that is bigger than ourselves; something that has eternal value — something important enough to die for. Our spirits cry out for such a transcendent purpose and life mission. 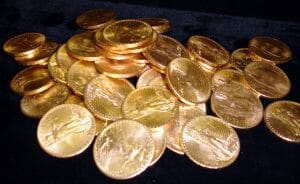 I was at a dinner and was speaking to two very wealthy men. One was a venture capitalist and the other a well-known financial planner. The businessman said to the financial planner, “Are you buying gold?” I have to admit that the first thought that came to my mind was my great fortune at listening in on this conversation with these two economic Titians. If anyone would know what to do with money in these confusing times, these men would know. Well, they bantered back and forth the commonly held wisdom as to when to buy gold. They talked as if circumstances are so different today that neither of them really knows what to do….where is the safe place to invest in a time like this?

Then it just jumped out of my mouth. You would think that I would be satisfied to keep quiet and be that fly on the wall and enjoy a free sip of financial wisdom. “The only safe place to invest is in the Kingdom of God where neither moth nor rust consumes and where thieves do not break in and steal” They both smiled and agreed. It is hard to disagree with words that first came out of the Master’s mouth.

I want to thank you for Joining God in what He is doing. It is a war. We are in a fatherless epidemic that could undermine our nation. Fatherlessness has  imprisoned generations of God’s children within the bars of entitlements that are locked with the case hardened self-image of victimization.

We each need to decide ahead of time, where we will go when we do not understand the times. We can lean on our own understanding which may lead us to buy gold, silver and guns and trust that our wisdom will enable us to save ourselves from all that is happening around us. But if that is all we do, we will miss the opportunity to be used by God as His light when all others are discouraged by the darkness. We must seek the face of the one we call Lord. Jesus calls us to abide in Him. He follows this command with a conditional promise. 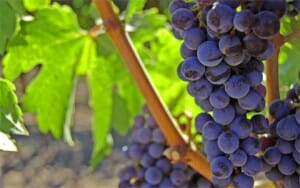 He says that if we abide in Him, He will abide in us. In I Corinthians 1:30 we are told the following truth: ‘And because of Him you are in Christ Jesus, who became to us wisdom from God…’ The abiding relationship with God puts us in the room to receive the wisdom of God. Jesus ended His great sermon with this truth. Those who hears the Word of the one who is all powerful, and then puts it into practice, who joins Him in His Kingdom building work, have built their house on the Rock. The winds of despair will blow. The rains of difficulty will fall, and the floods will rise. But those who build their house on the Rock of both hearing and doing the word of God will stand. That is a promise. We literally have access to the wisdom of God and this wisdom will lead us to the safety of His eternally meaningful work. Our circumstances may not look safe when the cannons are pointed our way. But why would we ever want to hide away hide away when darkness is the best backdrop for light to shine?

This teaching does not outlaw the purchase of gold or any other investment. It changes where our eyes are pointed and therefore the reason and direction of our daily investments of time and treasure.

Can you imagine having the privilege that Thomas Nelson had when he offered up his home? Imagine if the fruit of your life’s work could be nurturing the freedoms of hundreds of millions of people two hundred years from now. Can you imagine the unspeakable privilege that Tyndale and Monmouth had? The fruit of their labor has been nurturing and guiding God’s people for centuries. As we abide in Him, we have access to the presents and the wisdom of God. Then God gives you and me this same opportunity to join Him in what He is doing today. Gold is worth a discussion. God’s Kingdom is worth a life investment. Meaning, Joy, and Peace is found even in trying times, as we start our day at the feet of Jesus