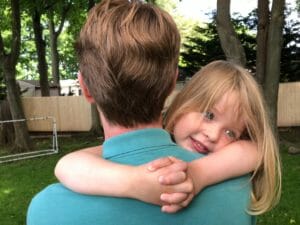 Father’s Day sounds like it should be very similar to mother’s day but it just is not. There are so many who have father wounds that are stuffed, tolerated or even nurtured. For the past five years I have studied World War Two. After nearly two dozen books, I saw how that era shaped the father that raised me, and so many others my age. My father was a boy in the depression era where his father worked non- stop just to keep food on the table. Even back then fifteen cents an hour pruning trees was just not enough. At 18 my father went to boot camp and learned what a male leader looked like. I say it and you do it, was the rule of the day, and it needed to be.  It makes sense that many in my generation were raised with authoritarian leadership. Dr. Dobson said that discipline without relationship leads to rebellion. Well, rebellion is what our nation experienced in the ’60s and then many of us took parenting to the other extreme. Parenting  is more like an art form than a science. It takes wisdom from the Word and patience and strength from the Spirit of God to do it well. As Father’s Day descends upon us, my mind went in many directions. I thought I would share a few with you. *********

This week, Kay, my wife and a fourth grade teacher, gave her students a writing assignment. It was entitled: ‘My Favorite Memory with Dad’. 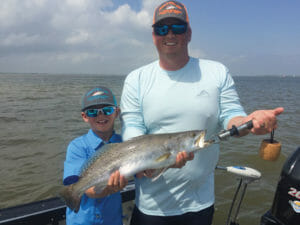 Kay’s class is one of those rare classes where almost all the kids have their biological dads living with them at home. She said that there was one statement that was key in many of the children’s’ memories: “Good Job!”

Two words…so easy to say….yet so powerful that they are stored in the memory box on the top of many of our dressers. 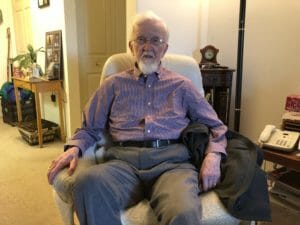 Yesterday I drove to see my dad in Bethlehem Pennsylvania. It was his 92nd birthday. In casual conversation, you would not know he has Alzheimer’s, until the same question is asked with the same interest and inflection for the second or third time. He wanted to know about my kids and grand kids, so I gave him a 15 minute summary of the family and I recorded it on his phone so that he could revisit it later. Then we spent over an hour looking at the pictures and videos on my phone. I will never forget the joy on his face as he watched Kay playing Winter Wonderland on the piano with our two year old granddaughter, Mar Mar, banging out enthusiastic emphasis on the high notes.  The achievements of father and son fade from view at 92.  They just are not what is important that close to eternity. What remains are simple experiences that are bathed in and built upon relationships. 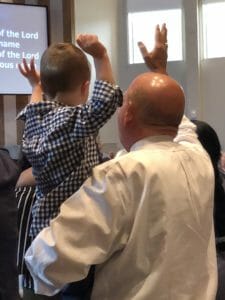 I was sitting behind a grandfather and his grandson in Church on Sunday. Yes I allowed my mind to wonder during worship. Here is the picture I saw and therefore took. It says it all. “Train up a child in the way he should go, and when he is old he will not depart from it.” Proverbs 22:6

I was talking to a group of boys about their fathers. Each boy took their turn to share. One boy told us he had a “psycho-dad”. Then he lifted his shirt to show a scar in the shape of an iron burn and followed up by showing us several scars from cigarette burns on his arms and legs. It was shocking to not only see the scars on his body but to see the scars in his eyes and voice as he spoke. As much as my heart broke for the boy, it broke for the man who lost out on the amazing gift of being a dad. But what the next boy shared was even worse. “No disrespect to you man, because I know that hurt, but I would rather have a psycho-dad than one who never stopped in to even see how I look.” The pain of fatherlessness runs deep. Yet, the Father of the fatherless longs to heal and fill that void.