The Virus That Goes Boom in the Night! 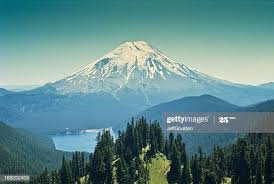 I was 23. It was a beautiful Sunday afternoon. Not a cloud in the Spokane Washington skies. Kay and I were newlyweds with four months to our credit. We had been invited to a church picnic by my boss, so of course, we went. It was a large gathering of about 1000 people doing the kinds of simple things, which people from Long Island would never think of doing; at least for fun. I remember where we were standing and what we were looking at, like it was a picture that has been hanging in my office for twenty years.

Kay and I were watching the “excitement” of the nail hammering contest. The game, with many spectators, was who could bury the nail in the thick board with the fewest strokes of the hammer. What captured our attention was that the current leader was the 4’11” wife of my boss.  All these big, plaid shirted logger kind of guys, were trying, to no avail, to beat her record. That is when I noticed it.

The western sky had a very dark line on the horizon. I had never seen anything like it. It was not the color of a bad storm, it was black; wet coffee grounds black. It was moving towards us at a predatory speed, not even close to any storm I had ever seen. 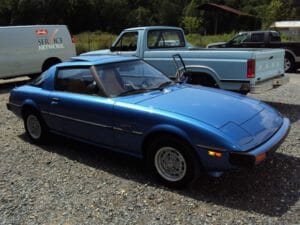 “Kay, looks like a crazy bad storm coming. We had better go.”  As we headed to our car, the crowd did the same thing. We were like a storming herd of a thousand wildebeest running from the lions.

As we got into our 1979 RX7, something started hitting the windshield. It was not rain or hail. I had no idea what it was. As the wipers pushed it out of the way, it flowed across the window like a wave. I got out of the car to feel it. My bride beckoned me back into the car, but I had no idea what threat we were facing. Cars burned out around us, leaving a cloud of dirt in the grassy field. I stood there with my hands up to the heavens, trying to figure out what this strange substance was.

When I finally listened to my wife and got in the car, we did what most of us do in a time of crisis. We turned on the news.  Mount Saint Helens had erupted and the ash had crossed a couple hundred miles at the speed of 600 miles an hour. 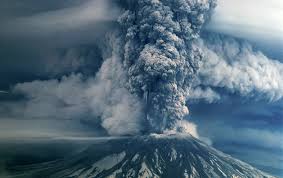 All kinds of crazy rumors were spread by the chattering radio guys who like gossips on the sidelines of a childhood soccer field, shared and validated each other’s ignorance. The first, that we unfortunately believed, was this: “If the ash gets wet it turns to acid and it will eat the paint off your car”. Well, my sports car was new. I had bought it to impress this woman who I was trying to get to marry me. Unfortunately, she did not notice the car but fortunately married me none the less. So my attention was on protecting the paint on my car. It amazes me how often we focus on the wrong things in a crisis.

What the news did not tell us, was that if you drive very far when the ash is falling, it will clog your car’s air filter, get in your engine and blow it. Soon our beautiful city, known for its green pine trees and majestic waterfalls, looked like a lunar landscape. Everything was covered with two inches of silky, gray, heavy ash. Cars ceased moving. Everything shut down. The people who did venture out, had towels 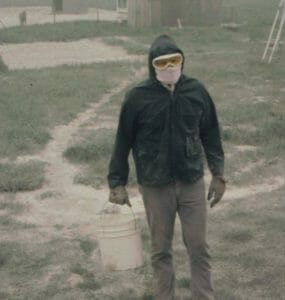 wrapped around their mouths and noses and ski masks covering their eyes. Toilet paper was in abundance, but face masks and air filters were no longer available. There was a run on food. Then…with the gracious passage of time, colors came out, food returned to the shelves, and we all took a deep breath. I noticed that when we all did take a deep breath, our chest could take in more air, because we had grown.

Mount Saint Helens, 9/11 and Hurricane Sandy are all are captured by short names, but they have a long emotional impact on all of us who have experienced them. This virus, covid-19, has been added to the list. 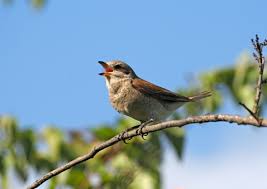 When we look to the sky and see darkness heading towards us at 600 miles an hour, whether it be ash, man’s inhumanity to man, a storm or a virus, it is easy to allow ourselves to get caught up in the darkness. But there is nothing new here. Crisis and trials are a big part of life. If we do live through this crisis, and we probably will:  we must be mindful of the truth that the birds reminded me of last week. When I walked out of the house, I was surprised to hear them singing. I thought:  They must not be listening to the news. The song they sang was inspired by the sun that had risen that morning and the God who is still in charge.

If you go look at Mount Saint Helens today, you will see beautiful new growth. The land is healed. The thirteen miles of majestic pines that were knocked over like number two pencils, have been replaced by their beautiful offspring. The fact that amazes me the most is that there are two new beautiful lakes in the area. 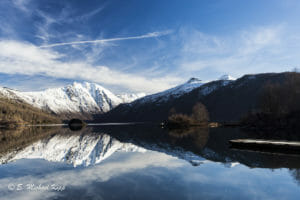 Cold Water Lake averages over 60 feet deep and Castle Lake is 97 feet at its deepest. The fishing is amazing. These two beautiful lakes were created on May 18th1980 as Kay and I were trying to figure out what was going on and what we should be doing. God is still at work.

We are walking through the valley of the shadow. Let’s look around and see what God has for us while we are here. There are great opportunities for us if we take our eyes off of the fear, the inconvenience and the loss, and draw near to the one who will take us THROUGH.