Tools For Teaching Cause and Effect 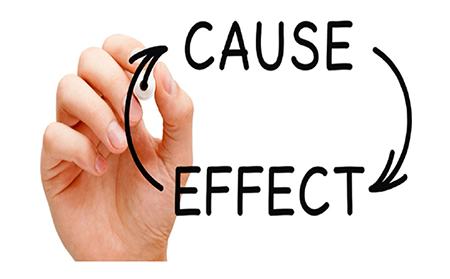 One mentor came to me expressing his dismay at his mentee’s academic performance.

“He doesn’t realize that his nonchalance about his grades is going to cripple his chances of higher education and severely limit his future standard of living! I really want to help him see the connection between his actions now and his life later.”

I suggested that this mentor engineer his outings to incorporate the principle of cause and effect.

Later in the conversation, the mentor told me about his idea to collect empty soda cans and set them up for his mentee to shoot with a nerf gun. He lamented the fact that, at the moment, he did not have the time to collect the cans. I recommended that he use this very idea to express the principle of cause and effect and delayed gratification. He could use this to demonstrate the fact that the effort/investment you put into something influences what you get back.

“What if you ask your mentee to collect the cans during the week so you can play this game when you are together? Perhaps that would be one way to start demonstrating the relationship between his efforts now and the enjoyment of the results later.”

Board Games – Life, Payday, and other such games are good for introducing the need for preparation. A strategy game, if the mentee likes them, could be a good transition into casual “life strategy” conversation.

Observations – Offer your mentee some direct observations. If he makes a decision and it has visible consequences, let him know about it (“hey, that worked out well for you when you took the time to think about your next move. You made a good decision and it paid!”)

Offer some direct observations from your own experience “How did I get my car? I worked hard at… and saved my money so that I would be able to get a new one when my old car died…good thing I did or else I would be stuck.”

Use Collaborative Projects – Give your mentee some of the responsibility for making a fun project happen and demonstrate the way that preparation/planning yields good rewards. You can choose to say something that emphasizes the point or just repeat the concept by demonstration. Organize your gatherings in a way that causes him to make decisions that will set up delayed gratification and yield increasing benefits as time goes on. The principle being taught is that obedience brings blessings and wise investments of time and energy can really pay off.

Set Goals Together – What is one big thing that the two of you would like to do this year? Once you know what it is, brainstorm what you will need in order to make that happen. Turn that into a checklist. Schedule your deadlines for the major phases of preparation. Budget some of your meeting time to work on the checklist items so they are done on schedule. Actively look back on the journey once you have accomplished the goal. Did anything fun or funny happen while you were preparing? Anything learned? What can you complement your mentee? Where did you see him/her really excel?

Note: The time between investment and payoff may need to be governed by the mentee’s ability to connect the dots – quicker payoff goals are better for starters.