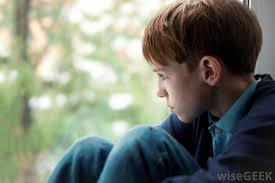 Jonathan* was eight at the time of this memorable drive. He had only been involved with Long Island Youth Mentoring for a short time but he had already became affectionately known as “The Crier” by many who interacted with him. The name fit because of his tendency to start wailing uncontrollably for anything that resembled an uncomfortable situation. What was not evident when you first encountered Jonathan was that he had suffered greatly at home due to the absent of his father, the indifference of his mother and the sometimes cruelty of his siblings.

I was trying to get to know Jonathan better as we drove to a Youth Mentoring event, so I asked him about his family. He readily told me about his mom and siblings, at times gushing how much he cares for them and in the next breath, relaying how they drive him crazy.  However, he uttered not so much as a syllable about his father.  I took a risk and asked about this man whose name I did not know.   It turns out that Jon did not know his name either.

I asked if he’d ever met him.  “Not that I know of.”, he said.  “Is he alive?” I asked. “Don’t know” was all he replied.  Then, this hurt little boy, looked out the window and quietly said, “I don’t like him.”  I asked how he could know he did not like him if he had never met him.  His gaze never left the window, but he shook his head and just as flatly replied, “I don’t know… but I don’t.”

Jonathan is matched to a faithful Godly mentor named Bob*.  Please pray that in time, Bob will be able to introduce him to His Heavenly Father.