A Call Not Taken – by John Cragg 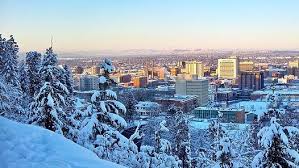 I was 26. My wife Kay and I were living in Spokane Washington and I was managing a tire store as I finished my master’s degree. It was a cold day, very much like today. Snow painted the bent bows of the pines and on that day I was not taking them for granted.  The sweet smell of tamarack wood burning in stoves filled the air with the scent of Norman Rockwell America.  I was enjoying my trip to work. 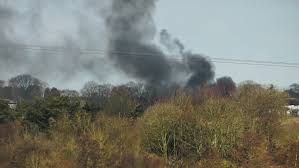 Suddenly, a thick black smoke punched the corner of the canvas that I was admiring and changed my wonder to concern. There are no factories in that part of town. Could that be an early morning house fire? In that area, house fires from wood stoves were not that uncommon.  I turned off Division Street and follow my eyes to the source of this visual interruption.

Several twisting turns into the subdivision, I came upon the fire. An old 1950s something Ford pickup was fully engulfed under the carport. The kitchen, which bordered the carport, was belching flames 15 feet into the air. I quickly pulled over and with boyish excitement jumped out until…. I saw two men standing on the sidewalk across the street from the fire. It seems surreal. As I walked up to them the scene got worse. They were talking about the upcoming Super bowl. I stopped 6 feet from them and looked at the fire. 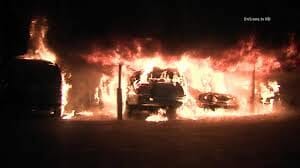 It now took on the feel of a camp fire, except for the pink trike in the corner of the yard. ‘Has anyone called the fire department?’ I shouted, now feeling self-conscious of the contrast between how I was taking this scene and how my sidewalk mates were taking it. ‘Of Course!’ was the wide eyed punctuated reply. The conversation reverted back to the game. It seemed they had a friendly bet going and they were both having fun staking their claim to their obvious victory.

I stepped away a few feet and watched as part the roof over the kitchen fell in and the flames licked higher. I noticed the hose on the other side of the house. Maybe I could….And then I decided I should go and look in the windows. It looked like the bedrooms where over there. ‘Is there anyone home? ‘ I asked with less enthusiasm. Now obviously annoyed that I would infer that they were not doing all they could, they emphatically proclaimed that the lady always goes to work early and no one was home.

I rocked back on my heels on the sidewalk. I questioned my motives. What am I trying to be, some sort of Rambo? At about that moment a woman, with a blanket wrapped around her shoulders, came out of the house behind me. I asked, ‘Did you call the fire department?’  ‘Yes! Their coming.’  ‘Where you the first to call?’ ‘Yes’ came her crushing reply.

I had been standing on a sidewalk watching a family’s house burn.

Still thinking I should go to the window… and then I heard the sound of fire engines. The professional were coming. I got in my car in order to make sure I was not in the way.

As I drove to work, I evaluated my behavior. I was ashamed. I could have looked in the window to make sure no one was home. I could have turned on the hose and shot the water in the window and tried to rally the football talking men off their sidewalk couch and onto the field of life. But there I stood, not fearful for my safety, but I allowed myself to be sedated into inaction by normal conversation and the inaction of two other men.

I went to work, hoping to forget what I had done while promising myself to behave differently when faced with the next crisis.

That night, on the way home, the local radio news reported that a five year old girl died in that fire. 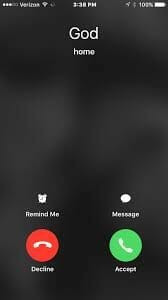 Some may ask where God was. I will tell you where He was. He was tapping one, who calls Him Lord, on the shoulder, telling him to go to the window to save that little girl. I use to ask God why He would trust us with missions that are so important to Him when we so often miss His voice or fail to follow through. He is all powerful and all knowing. Yet He chose to make us ruler over the works of His hands; He put everything under our feet. Psalm 8

God found so much pleasure in His creative work that He chose to give us the opportunity to be a part of His re-creative work. With that opportunity, comes responsibility.

There are 140 children currently waiting for their own Christian mentor who will walk through life with them, two hours a week. As you walk, you will naturally show them God’s way out of the multi-generational fire.

If you think God is calling you to that window, please call us. We will screen and train you. We will assign a member of our experienced ministry staff to you, to guide you through your ministry. But it is God who calls, who promises to be with you. 631-242-5101