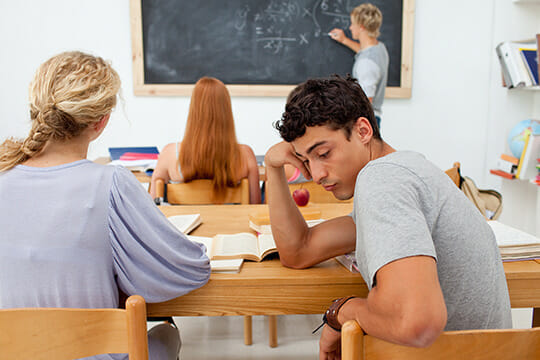 At the beginning of my ministry position at a Christian high school, I was hired to teach a course on Christian living. One of the issues that made it a little more challenging was that everybody, including the students, knew that no one ever failed this class. So day after day, week after week, I came into class and taught a lesson and shared about the Lord to a classroom full of students that did not seem to care. I spent two whole years there, and in the end, I was pretty sure I hadn’t had any impact on anyone’s life. I thought the main purpose the Lord had me there was to help me with my finances. Then a number of years later when I was crossing over the Throgs Neck Bridge I stopped at the tollbooth and the attendant said, “Mr. Eppolito.” I looked at the young man and did not recognize him. He said, “It’s me, Dylan. You taught my 10th-grade religion class.” He went on to remind me how he was constantly in trouble, struggling with anger issues, and spent many of his in-school suspensions in my office. It was then that I remembered him and how closed up and hardened his heart was. Then he said, “I was hoping I would run into you one day because I wanted to say thank you.” The young man went on to tell me that at the time he was in my class he had been going through a very rough time as his parents were getting divorced and he was mad at everyone and consequently, no one treated him very well. He said I had always listened to him and cared for him. He said that if a guy in the office during in-school suspension could care for him maybe there was some truth that there was a God that cares for him as well. He then shared with me how good his life was today: he is married with a family of his own and very involved in his church.

Remember we are called by God to show His love and share His message.

Results are up to Him and in His time.

I am certain that if we “pray up and show up” we are making a difference!